Bro. Delroy Farr: Giving of His Best to Portland 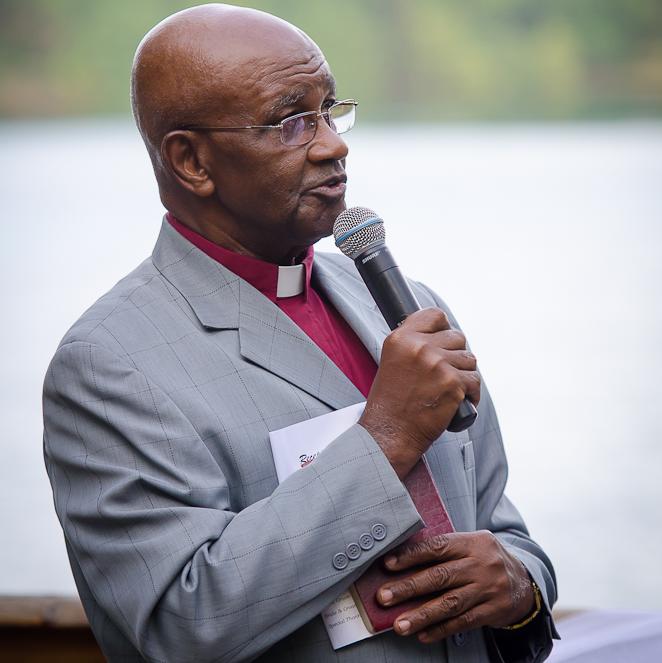 Born and raised in Port Antonio, Portland, 75-year-old Delroy Farr, has known no other home. For more than 50 years, Rev Farr, who is affectionately called “Bro Farr,” by Portlanders, has pledged his heart and hands to serve his community.

Serving as pastor of the Shiloh Apostolic Church in Port Antonio, Rev Farr has not only been providing spiritual guidance to members of his church and wider community for more than 40 years; he has also been providing well-needed assistance to the elderly, homeless and other vulnerable groups.

As a volunteer of the Portland Rehabilitation Management Centre, Rev Farr has played an integral role in catering to the needs of the poor and homeless in the parish. His ministry supports the shelter through donations and volunteer work, including organising fundraising activities.

“The church also donates a monthly stipend towards the operations of the shelter,” he said.

The shelter offers residential, social and rehabilitative services to persons in need and prepares them for life in the wider society, upon their departure from the centre.

Rev Farr also gives back to his community in several other capacities. He’s a member of the East Portland Ministers Fraternal. He works closely with the Jamaica Red Cross, the Portland Parish Council and the Portland Poor Relief. In addition, he served as a volunteer chaplain for the Portland police for 13 years, a post he only recently gave up.

“Although I’m no longer the chaplain, I still do volunteer and outreach work with the police of Portland,” he said. Among the activities that Rev Farr organises, through his church, for the police in his parish, is an annual Boxing Day dinner.

“The dinner is one way of saying thanks to the police for their hard work throughout the year; and we also invite the elderly and other vulnerable groups to the event,” he informed.

The father of 12, who has also worked as a volunteer with the former JN Bank Member Advisory Council, now the JN Circle, said that he believes God has placed a calling on his heart to help others.

JN Circle is a global network of service clubs that are empowered by The Jamaica National Group to advocate for change in communities.

“People always ask me where I find the time to do so much community work, but I think when you have a love for something, you make the time. This is my calling. God called me and I answered. I could not see myself living any other life than the one I have lived,” he said.

Rev Farr added: “I love to serve people. That is life’s greatest reward, when you can help somebody, especially when they are down. It is said you shouldn’t look down on people unless your intention is to lift them up.”

Rev Farr stated that he has no plans to slow down anytime soon and has pledged that he will continue to do good works throughout his community.

“I’m still active at church and I still officiate funerals, christenings and weddings every weekend,” he related.

Rev Farr has officiated at more than 3,400 weddings in Portland; and has christened more babies than he can count.

For his sterling contributions, he has received several awards, including a National Award, Order of Distinction, for his work in tourism. “I worked in the tourism sector for 55 years. I saw it as a way of building my parish and connecting with people,” he said.

Although he retired from the sector, Rev Farr continues to provide voluntary service to JUTA tours, an organisation he worked with for many years. “I was National President of JUTA; and President of the Port Antonio chapter of JUTA,” he related.

“When you think of Portland, you think of Bro Farr,” said Arlene Davis. “He will not leave Portland for anything. Many opportunities have come about over the years, even for him to migrate overseas and he said, ‘No’. He loves his community and his parish.” Miss Davis, who has been a member of the Shiloh Apostolic Church for 40 years, also worked with Rev Farr, at JUTA Tours for eight years.

Miss Davis said she considers Rev Farr a mentor and friend; noting that, he is a “one in a million pastor”. “He’s a true advocate for the defenseless poor and needy, who is always willing to help others,” she said.

Rev Farr has been married to his wife, Phillan, for 50 years. The union produced seven children; and he has five other children, from a previous relationship.