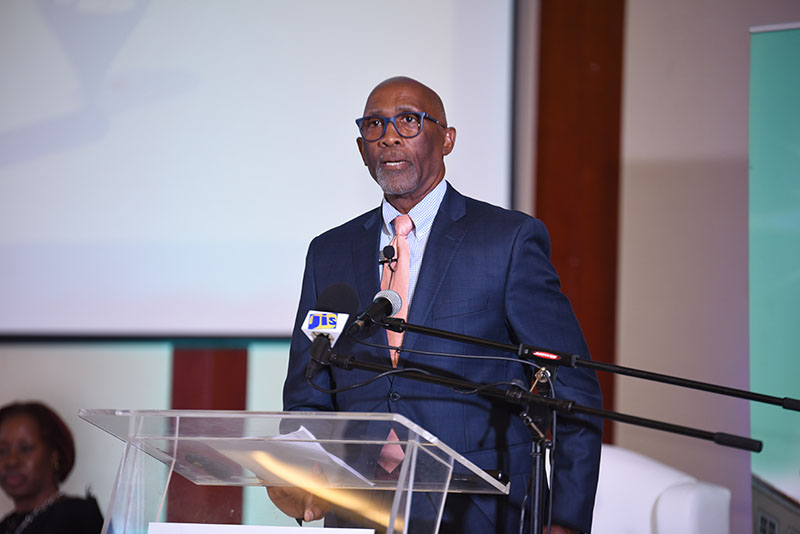 Carlton Samuels, chief development financing officer at the JN Bank, is urging the government to consider giving a rebate on the interest element of mortgage payments, to persons acquiring a property for the first time, up to a value of $15 million, to make homes more affordable.

Mr Samuels was a member of a panel discussion at the symposium, organised by the Realtors’ Association of Jamaica (RAJ) in partnership with JN Bank, at the Montego Bay Convention Centre in St James, on April 26.

He commended the government for its recent decision to reduce transaction costs for persons, who wish to acquire a home, stating that it will help to reduce some costs for purchasers. Transfer taxes have been reduced from five per cent to two per cent, which means that the upfront deposit usually charged by vendors to cover these costs are likely to be lowered; and stamp duty is now a flat fee of $5,000 down from four per cent split equally among the vendor and purchaser.

“I am sure the developers are aware that sellers, who normally insist on this high deposit because they have to meet all the upfront charges, [that] this will no longer be necessary; therefore, this will be creating even more opportunity for prospective persons to come into the [real estate] market,” he said.

However, he said despite the reduction of transaction costs,  homeownership remains out of the reach of many Jamaicans, who continue to find it challenging to afford the closing costs, or the required deposit..

“There is a significant gap and affordability challenge for persons who have enough money for a home, even up to $15 million,” Mr Samuels said. “My recommendation is that, for homes costing up to $15 million, the government should consider giving a rebate to first-time homeowners, for the interest element in mortgage payment. This will cause the monthly payment to be more affordable,” he added, while explaining that this policy could be introduced at no cost to the government.

The Jamaica National Group executive noted that the policy would work by asking the homeowner to pay an annual return, at the end of each year.  In addition, they would receive a statement from the mortgage provider, indicating the interest amount in the mortgage payment.

“For that sum, it would be a tax-deductible expense which would put more disposable income in the hands of the purchaser and that would help to stimulate demand. It would also be capped, and not be available to everyone except those purchasing homes for $15 million and below,” he stated.

He said that the incentive, coupled with the fact that the JN Bank was offering a 110 percent mortgage, would serve to make homeownership more affordable.

“I am also encouraging other financial institutions to look at the opportunities. The market is big,” he declared. “At JN Bank, we are not afraid of competition. We have been in the housing business for 145 years. What we want is for more Jamaicans to own their own homes.”

“Homeownership creates social stability for the country. It creates stability in the family. When you own your own home, you do not have to consider a landlord putting you out. You are also able to provide a better environment for your family. Therefore, we believe that the initiatives introduced by the government should continue to improve home ownership opportunities in Jamaica,” he maintained.