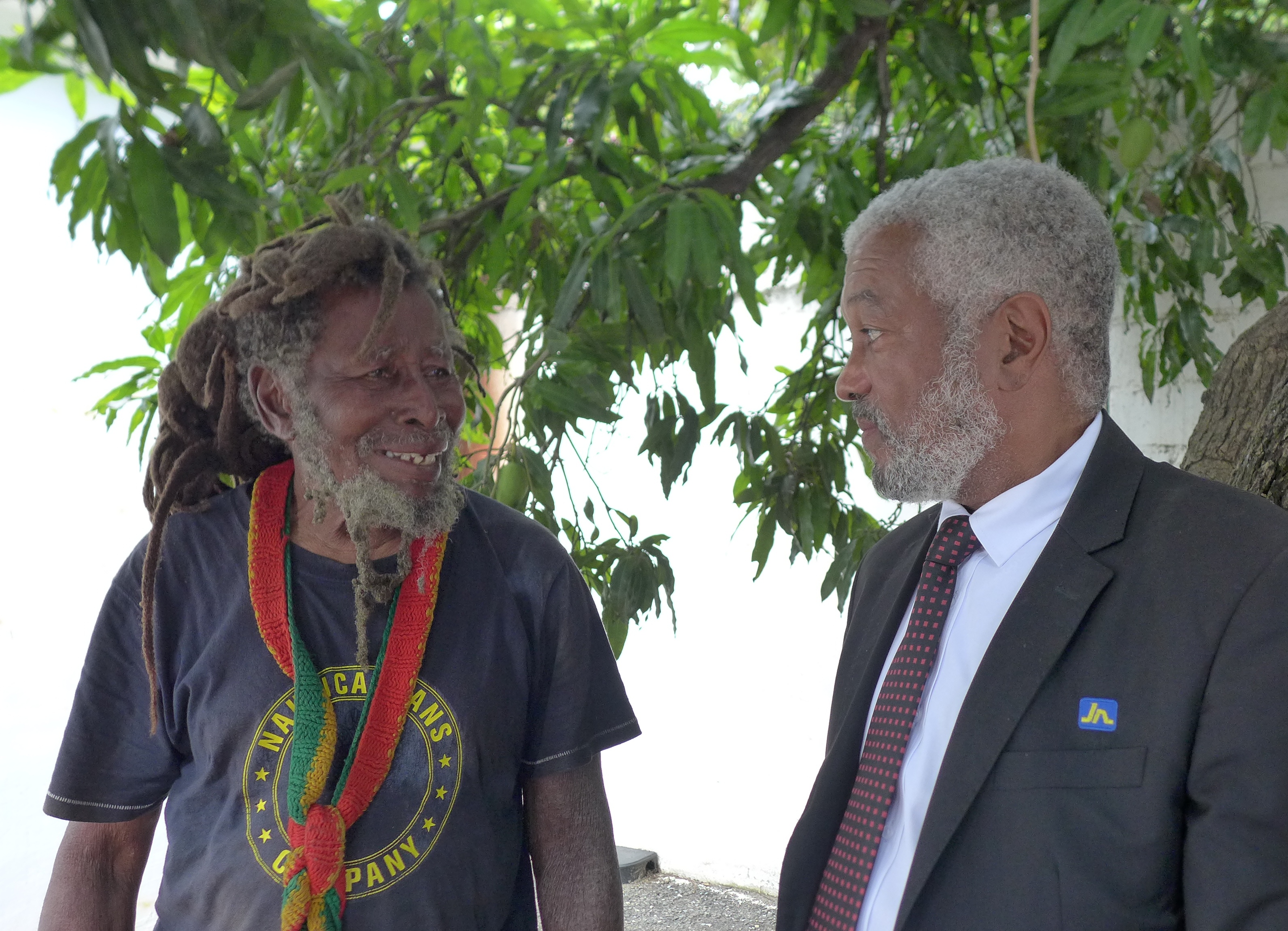 Fifty-seven-year-old Dean McNally is a selfless individual, who has such a big heart for the indigent that he has earned the moniker, “Salvation Army.”

For almost 20 years, he has been preparing and delivering meals every Sunday, to five persons in Half-Way-Tree and Dunkirk, two of whom are homeless.  In addition, he provides two meals daily for one of the homeless persons, Burchell Moncrieffe, and washes his clothes.

“I bring breakfast for him every morning,” Mr McNally disclosed.  “And, after work, I go home and cook dinner which I take to him.  He is a Rastafarian, therefore, I mainly prepare fish and chicken for him.”

Mr McNally said that, “It’s just my nature to help the needy.   I grew up in an environment where I saw my grandparents, parents and other family members reaching out to the less fortunate.  They were always giving things to people, so I believe that’s where the influence came from,” he explained.

He further pointed out that the importance of good deeds was especially reinforced by his father, R.C. McNally, a Minister of Religion for the Church of God in Jamaica, who led congregations in Portland, St. James and Clarendon.

“It was the norm for us to go to church with him as a family.  Many of his sermons were about showing love and caring for others,” he related.

An employee of the Jamaica National Building Society, now JN Bank, for almost 35 years, he pointed out that he became familiar with the indigent persons he currently supports, given that they were always in the vicinity of his workplace, in Half-Way-Tree.

“Initially, there were three persons whom I looked after.  However, about eight years ago, I managed to relocate one of them to better living conditions in Dunkirk.  As a result of going there to look after him, I met two other needy persons.  If I could get the two in Half-Way-Tree into the Golden Age Home in Vineyard Town, I would be most happy because they are not safe on the road,” he said.

He explained that over the years, he has developed a bond with each person, and he treats them as if they were a part of his family.

“Whenever I go overseas, I usually stay for less than a week because I know they are depending on me.”

Mr Moncrieffe, a former plumber with the then Ministry of Housing, who worked as a painter as a side job, said that he has been living on the streets for about 15 years, and credits Mr McNally for helping him to get by, daily.

“He is pleasant and I respect him. He is like a son.  Anything I am going to do I discuss it with him first,” Mr Moncrieffe stressed.

A father of 20 children, 12 sons and eight daughters, Mr Moncrieffe explained that he became homeless when his common-law wife died, and he was forced out of the house by one of her relatives.

Mr McNally added that some of the indigent persons he is assisting do have relatives who help out occasionally.

“Two of them of them have relatives who send money to them through remittance, which I collect on their behalf.  I also keep the NIS card and ID for one of them; and every fortnight, I take him to collect his NIS payment.  For the others, I do little errands, such as getting personal items for them at the wholesale,” he disclosed, adding that “Once, I took one of them to the beach at Helshire, and another time I took him for a drive out to Portland.”

“They are always grateful for what I do for them.  One of them recently gave me five hundred dollars to buy a drink.  To make him feel happy, I took it, and used it to purchase something for him.”

Mr McNally’s wife of 18 years, Trudy, says that she has always known him to help people.

“Every Sunday, he cooks three different kinds of meat with rice and vegetable to take to them.  Even if it’s raining he still goes to deliver the meals,” she revealed.  “He is very kind, dedicated and always follow through with whatever he says he will do, and gives it his all.”

An alumnus of Ardenne and Titchfield High Schools, Mr McNally is the father of three children, two of whom are adults; and, the youngest is moving on to high school in September.

“Jamaica would be a much better place, if more people generated a greater spirit of kind-heartedness, especially to the poor.  It’s not that I have the financial means for what I have been doing; it’s really that I’m willing to share whatever little I have,” he maintains.