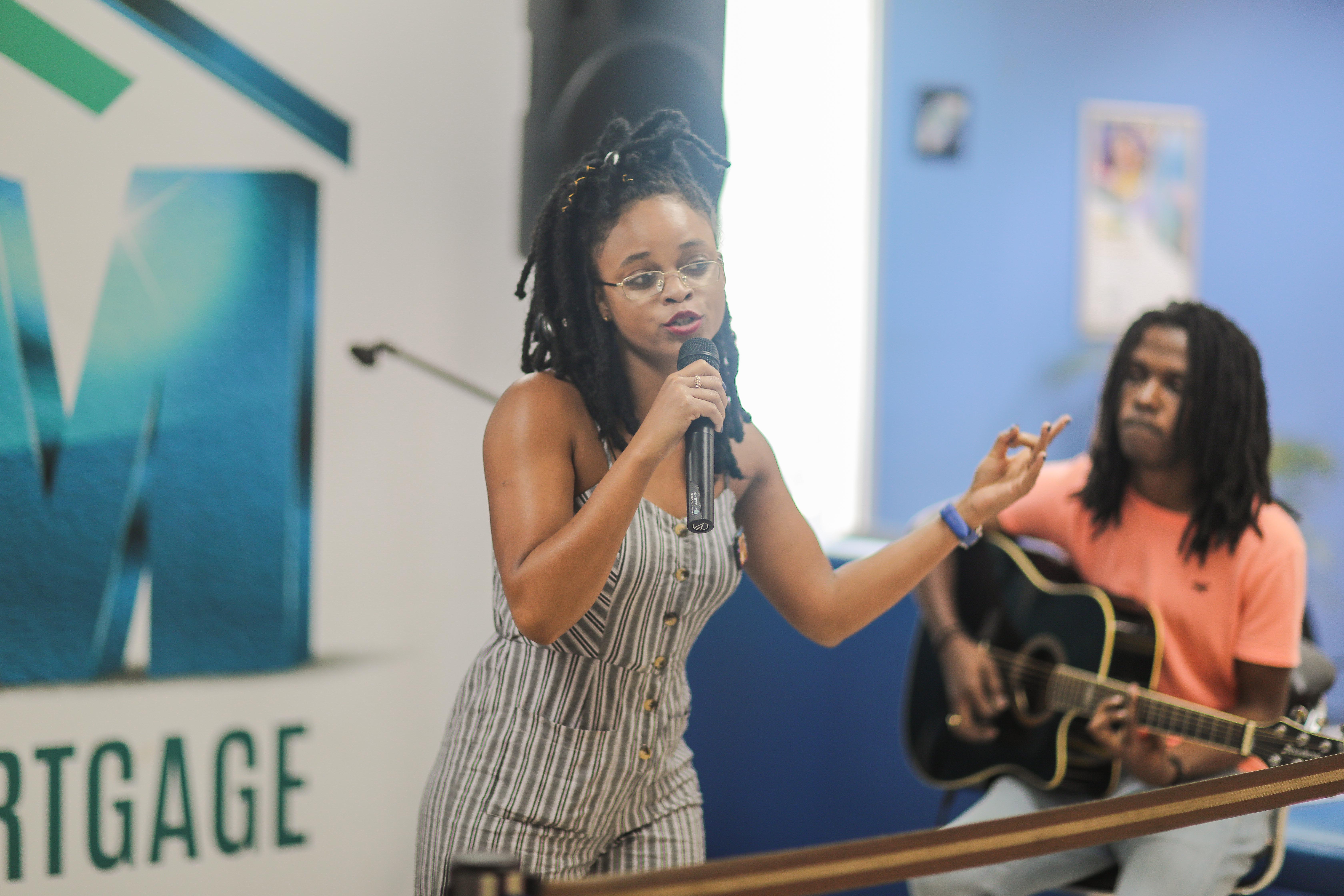 She’s a newcomer on the music scene, and not immediately recognised by persons who aren’t totally ‘au fait’ with the latest happenings in the industry. But, once you’re introduced to her sultry vocals, there’s no denying that she has star quality.

25-year-old Lila Ike¢ is described by many industry insiders as one of the latest Jamaican princesses of Reggae. Her raw talent, smooth vocals and knack for storytelling, certainly makes her one to watch. That, coupled with her conscious and mature commentary on socio-economic issues demonstrates that Ike¢ already has some of the right elements to achieve reggae stardom.

The Manchester native was one of several up-and-coming artistes who captured the hearts of new fans, in the form of JN members, when she performed in JN Bank’s “Irie Wednesdays,” held in its branches in Ocho Rios, Mandeville, Montego Bay, Savanna-la-Mar and Half-Way-Tree last month. The musical series was mounted as part of the bank’s activities to celebrate February as Reggae Month and to support and showcase the talents of several up-and-coming reggae artistes.

Accompanied by her guitarist and drummer, Lila Ike’ mesmerised her audience with songs from her catalogue, including: Biggest Fan, Gotti Gotti’, and Second Chance. She also surprised the audience with a smooth rendition of Vybz Kartel’s Emergency, which was well received.

Her blend of acoustic reggae and soulful lover’s rock kept members entertained as they conducted transactions in the banking hall, with most patrons remaining for the duration of the performance.

Not to be outdone was another new-comer to the industry, Indie Allen, who also thrilled JN members with his version of Sizzla’s Give Me a Try.  He also sang several songs from his recently released mixed tape such as Give a Little Love and Catch a Fire.

Patrons were also treated to the spoken word, with a rousing performance from reggae dub-poet, Randy McLaren, who delivered several items from his collection including, Breadfruit and A Who Dis.

Among those who welcomed the musical treat was Herma Pink, who has been a JN Bank member for more than 30 years. She commended JN Bank for the entertainment.

“It was really great. I chose the right day to come to do my banking. I enjoyed every moment of it. All the performers were good. I loved the Breadfruit poem and also loved (Lila) Ike¢,” she said.

“This is what we need. This is the kind of support we need, especially as young musicians. It’s a great experience,” she said.