‘Make Use of the Opportunities’ Minister Challenges Realtors 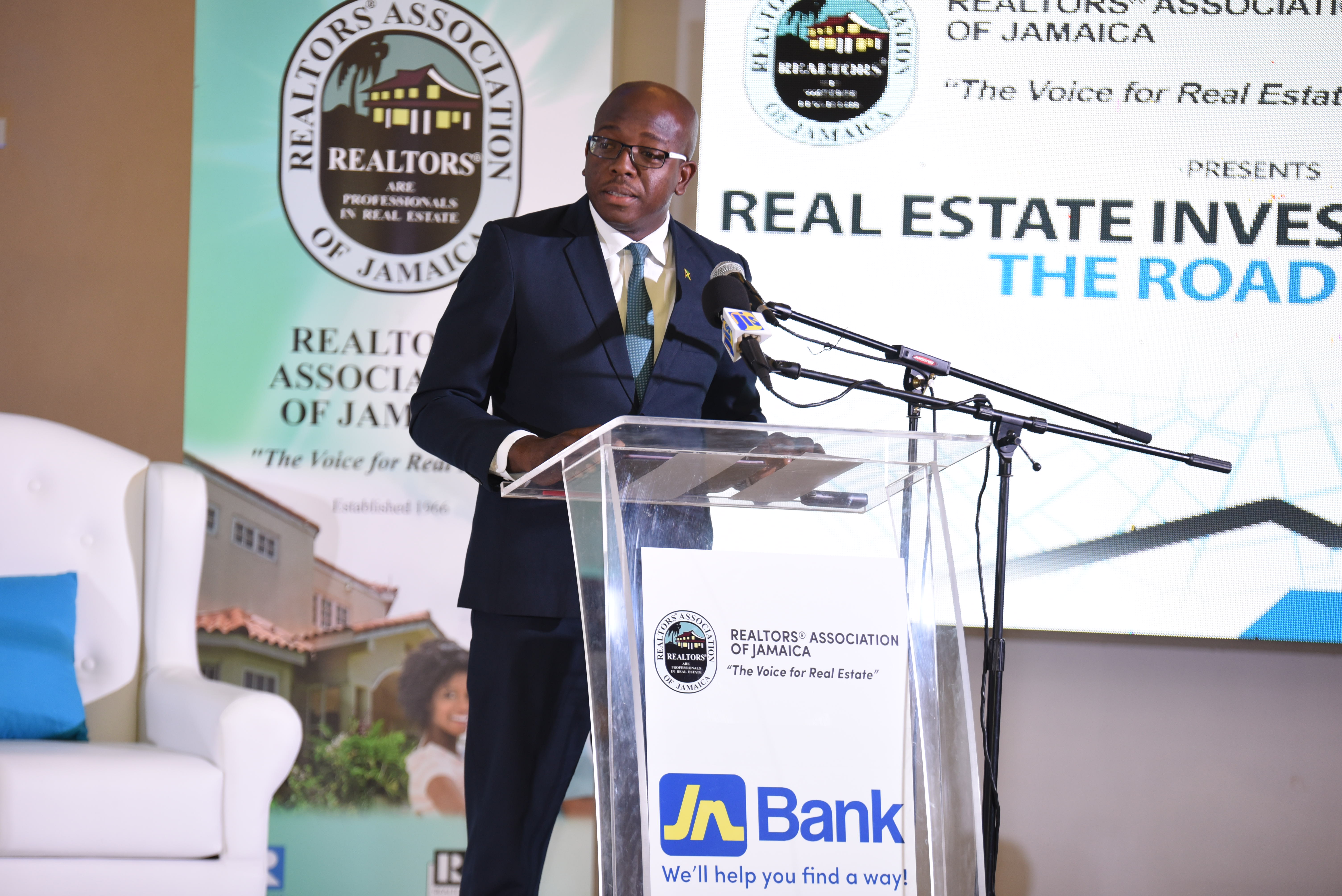 Minister with responsibility for water, housing and infrastructure, Senator Pearnel Charles Jr, has challenged realtors to make use of the opportunities created through the raft of tax reductions and housing benefits implemented by the government recently, to further propel the growth of the industry.

Addressing stakeholders at a Realtors’ Association of Jamaica (RAJ) Symposium, held in partnership with JN Bank, at the Montego Bay Convention Centre in St James on the weekend (April 26), Senator Charles pointed out that the real estate market is poised to grow.

According to data from the Statistical Institute of Jamaica (STATIN), employment in the real estate renting sector grew by 7,800 jobs between April 2018 and January 2019, or about nine per cent; while construction, to which real estate is linked genetically, added 1,000 jobs during the same period. Together the sectors are responsible for about 16 per cent of employment, second only to tourism.

“A couple of years ago, you would often hear that the government is obstructing the industry from being successful; but now, the government is not only moving aside, we are setting the target for you to run as fast as you can,” he told realtors.

He said that government was committed to facilitating the growth of the real estate sector; and outlined several initiatives to drive growth, including the introduction of inter-generational mortgages through the National Housing Trust (NHT), and a guaranteed purchase programme for developers; as well as, an increase in the limit of construction loans provided by the NHT, among other measures.

These are separate from the recently announced reduction in stamp duties, transfer taxes, reduced interest rates by the NHT, and an increase in the loan sum available to applicants.

“What is happening is a raft of measures that has never been seen in this region; and so I am excited to hear how the realtors will respond to this,” he said.

He pointed out that the market is particularly in favour of young professionals, who now have a better opportunity to purchase property.

Transfer taxes have been reduced from five per cent to two per cent, which means that the upfront deposit usually charged by vendors to cover these costs can be lowered; and stamp duty is now a flat fee of $5,000 down from four per cent split equally among the vendor and purchaser.

“Our responsibility is to try and stimulate business, not to try and take over; but, to create an environment for you to grow and to thrive,” he told realtors and stakeholders.

Beyond those measures, the Senator noted that the several housing projects have been underway by both government and private sector to meet demand. The NHT has projected 8,640 housing starts and 4,714 housing completions for the financial year, the minister disclosed. The Housing Agency of Jamaica will also introduce 3,602 housing starts and have commenced planning for five other projects, which will provide an additional 1,750 units.

On the private sector side, the Minister revealed that in the past three years some ten developments of four stories or more, were approved by the Real Estate Board in and around the Corporate Area.

“This is a welcomed stimulus,” he affirmed. “In addition, it will bring more persons into homeownership at an earlier stage; and, reduce the number of years they will need to spend saving, to achieve the deposit and other related costs,” he outlined.

He also said the measures will stimulate the economy, as the efforts will increase the number of projects in the construction sector, which is the largest employer of unskilled labour. As a result of increased employment, demand will rise as income rises, fuelling economic growth. “The opportunity for more Jamaicans to become homeowners is good for the country,” Mr Samuels added, “because an increase in homeownership is a major social stabiliser, in that, there is a feeling of accomplishment when one owns a home; and it provides a stable environment for the development of families” he concluded.