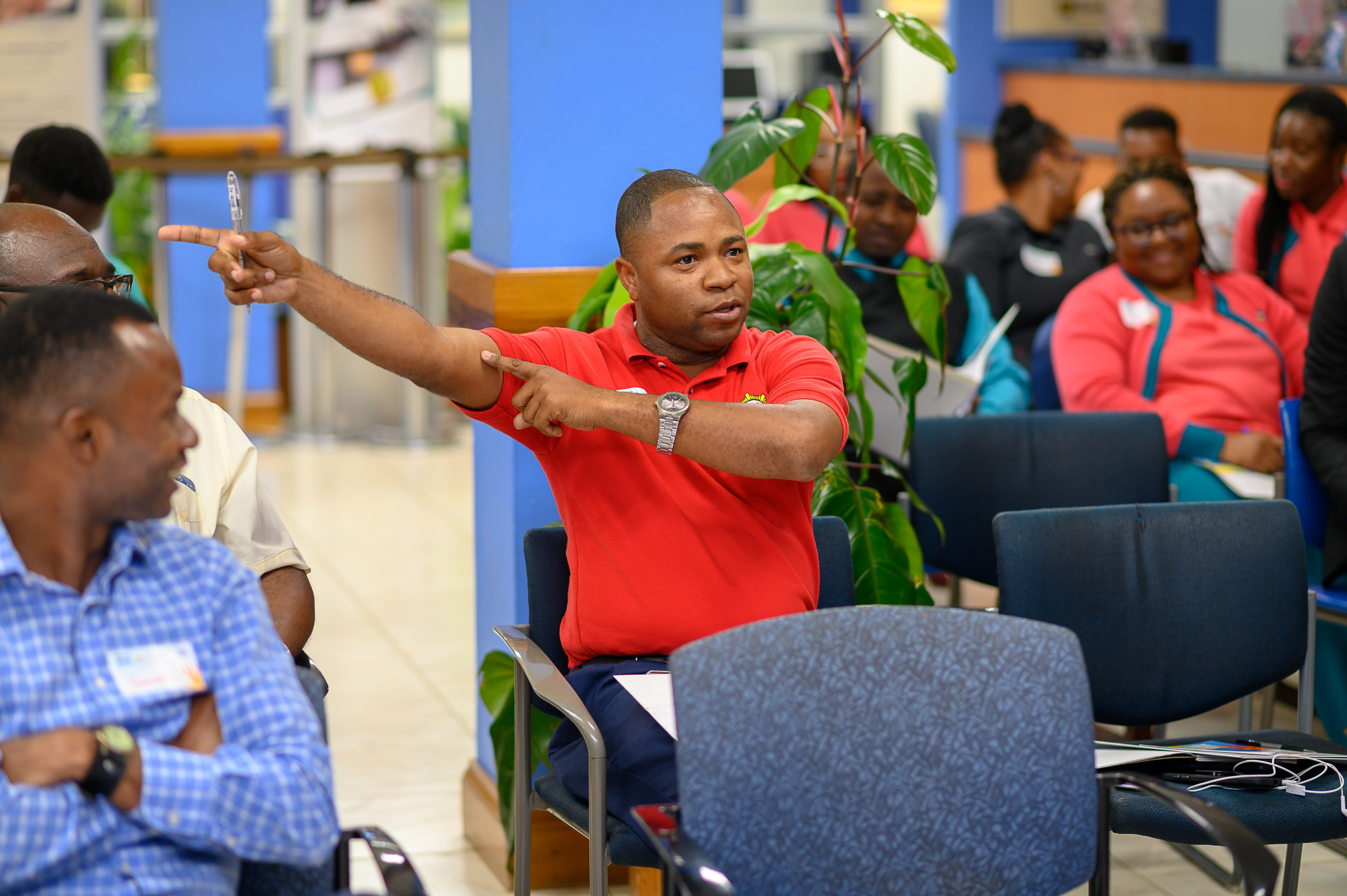 The engines of JN Bank’s Member Advisory Councils have begun to steam, following a series of workshops, now underway, to engage council members and to assist them with identifying projects that will address issues in their communities in a sustainable manner.

The re-establishment of the councils, which is being managed by the JN Foundation, represents JN Bank’s means of partnership with communities, in and around its 34 branches and MoneyShops in every parish across Jamaica, to support their development.

“As a mutual corporate entity, JN Bank gives back to its members through community and national development projects,” Ms Spencer explained. “Therefore, MAC provides members with the opportunity to be involved in the identification of worthwhile projects and decision-making in the allocation of resources for programmes for community development.”

Addressing members during the series of workshops, JN Foundation’s partnerships and development manager, Shauna-Kaye Rowe, emphasised the need for council members to choose projects that are sustainable and will inspire change in general attitudes and behaviour among and towards vulnerable groups in their locale.

“Think about projects which are people centric; geared at providing a solution and that addresses the needs of vulnerable communities,” she noted giving examples, such as the Mustard Seed Communities, which target the dispossessed and disabled. “Think about projects that speak to the greater value of being your brother’s keeper,” she added.

She also encouraged members to also look at efforts which are already ongoing and in need of additional support in their communities and not only starting new projects.

Candice Minott, brand and integrated marketing manager, JN Bank, also urged council members to ensure projects are sustainable and to establish a reporting and evaluation framework to keep the project in check, so that its impact can be consistently measured. She encouraged them to think carefully about the target audience for their projects and to use research and data to inform their decisions.

“A good starting point is a quarterly performance report so that you can assess the projects to see where they are now compared to three months ago,” she advised.

Members were also counseled about the importance of maintaining public visibility of their projects using various media in order to maintain evidence of initiatives completed under the project; attract partnerships and donors, as well as inspire those impacted by project and those implementing it.

“I am more enlightened about MAC,” said MAC member at the JN Bank Browns Town branch, Franklyn Clarke after participating in the Ocho Rios workshop. He said, a result of the event, he understands how to execute a project. He has also already begun to identify pockets in and around Browns Town for consideration by the council and wants to target a group of unattached youth in Murray Mountain, a remote hamlet in St Ann, to develop their acumen and skill set in information technology.

Similarly, Colin Blair, a MAC member at the Ocho Rios branch, and a firefighter, welcomed the workshop and noted the support it could provide to vulnerable youth. Among the projects he is considering is a first responder programme, given the high number of serious road crashes which occur along the St Ann coast annually, several of them fatal.

“I do a lot of youth development, so I am happy to know that there is one other entity that has that joy and passion to try and help others,” he said.