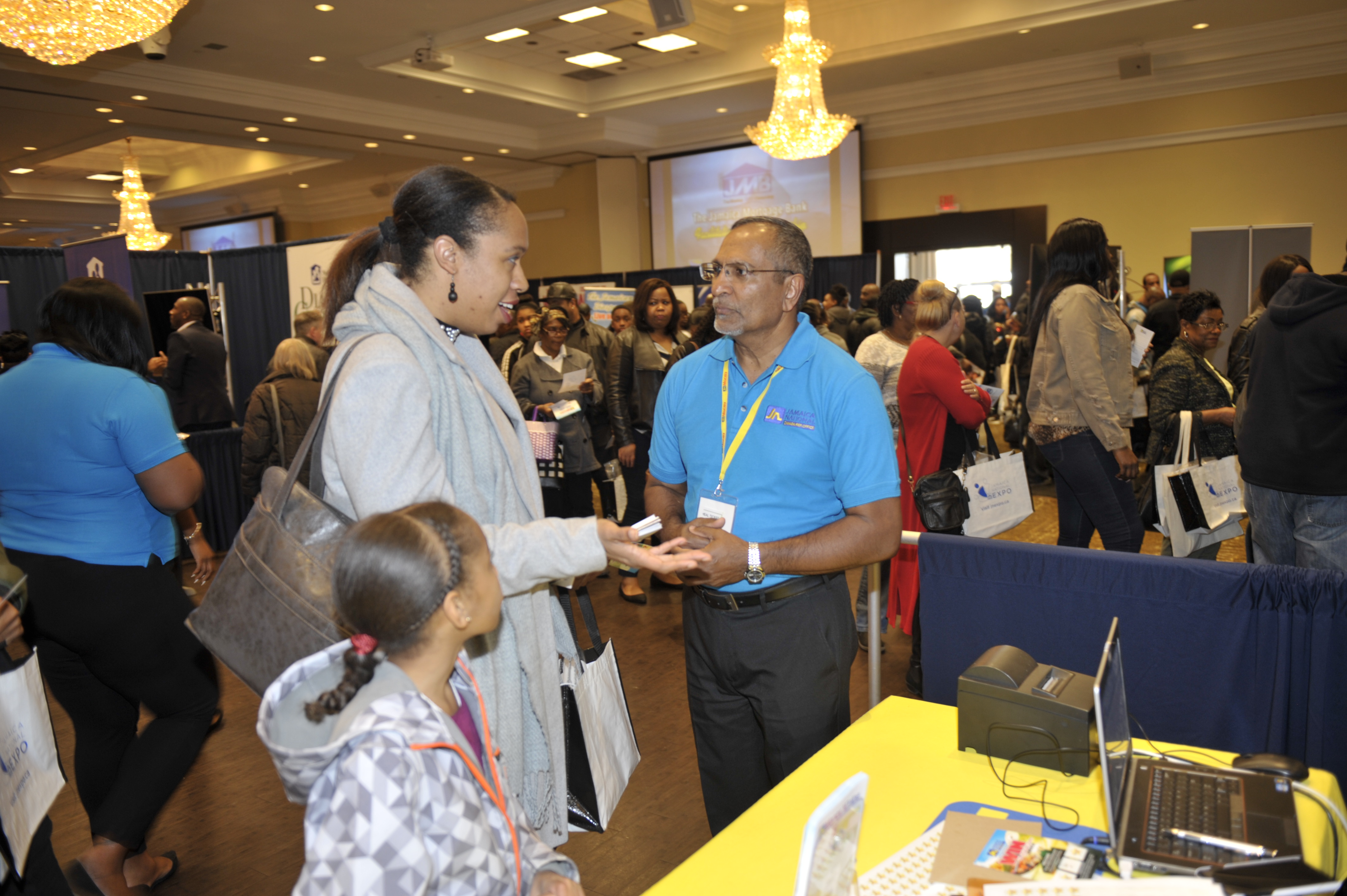 The second annual Jamaica National Group Exposition, which was held at the Pearson Convention Centre in Brampton, Canada on April 28, was a resounding success.

Thousands of patrons entered the expo, as soon as the doors were opened at 9:00 a.m., as they sought to access services provided by The Jamaica National Group and its 40 exhibitors, comprising Government of Jamaica agencies, housing developers and real estate agents.

For retired nursing aide, Gladys James-Reynolds, the JN Group Expo was an excellent initiative. A first-time patron, she was not deterred by the long queues at the booths of companies representing The Jamaica National Group.

“I needed information about property investment and life insurance. And, I found the JN Expo very informative. I was also able to ask questions and received answers from government agencies, such as the Passport Immigration & Citizens Agency (PICA) and the Registrar General’s Department (RGD).

However, the high point of the expo for Mrs James-Reynolds was when she won tickets for two for a trip to Jamaica, courtesy of The Jamaica National Group.

“I’m so excited!” she declared, shortly after receiving her prize from Earl Samuels, chief development finance officer, who was representing Earl Jarrett, chief executive officer of The Jamaica National Group and Chief Patron of the JN Expo.

For exhibitors, PICA and RGD, the JN Expo was a success. Their representatives were overwhelmed by the high number of requests for applications for: passports, citizenship and unconditional landing status; and, in the case of the RGD, applications for birth certificates.

“The day was exciting and interesting. It gave me an excellent perspective of the Jamaican Diaspora in Canada,” said Andrew Wynter, chief executive officer of PICA, who led his team at the JN Expo.

He informed that some 90 per cent of the requests were applications for passport and the other 10 per cent were about citizenship and unconditional landing.

Deidre English Gosse, chief executive officer of the RGD, was equally satisfied to participate in the second staging of the Expo. “This is an excellent initiative. The crowd was overwhelming,” she said, referring to the long queues at the RGD booth. “Overall, the event was better organised than last year, and I was very impressed.”

Representatives of the Tax Administration of Jamaica (TAJ), who were participating in the JN Expo for the first time this year, were surprised by the number of patrons who attended the Expo.

Dave Jeffrey, deputy commissioner general in charge of Operations at the TAJ, informed that many of the requests were for new Tax Registration Numbers; reprints of TRNs; as well as, replacements and searches for property tax data.

For representatives of Coldwell Bankers, Jamaica Reality, the response they received from the expo attendees was very positive.

“We received many leads from persons with keen interest to purchase properties in Jamaica,” said Judith Meikle, sales agent at Coldwell Bankers, Jamaica Realty. “We are happy to participate in this year’s expo and welcomed the opportunity to showcase our properties to Jamaicans in the Canadian market.”

The second leg of the expo will take place in Montreal at the Hotel Ruby Foo’s on Monday, April 30.

Jerrold Johnson, chief representative officer, at the JN Canada Representative Office, said that this year’s Expo was expanded to Montreal in response to requests to provide more Jamaicans residing in Canada with the opportunity to explore investment in their homeland.

The JN Expo was mounted by The Lynx Canada Foundation, in association with the JN Representative Office in Canada, under the patronage of Mr. Earl Jarrett, chief executive officer of The Jamaica National Group.