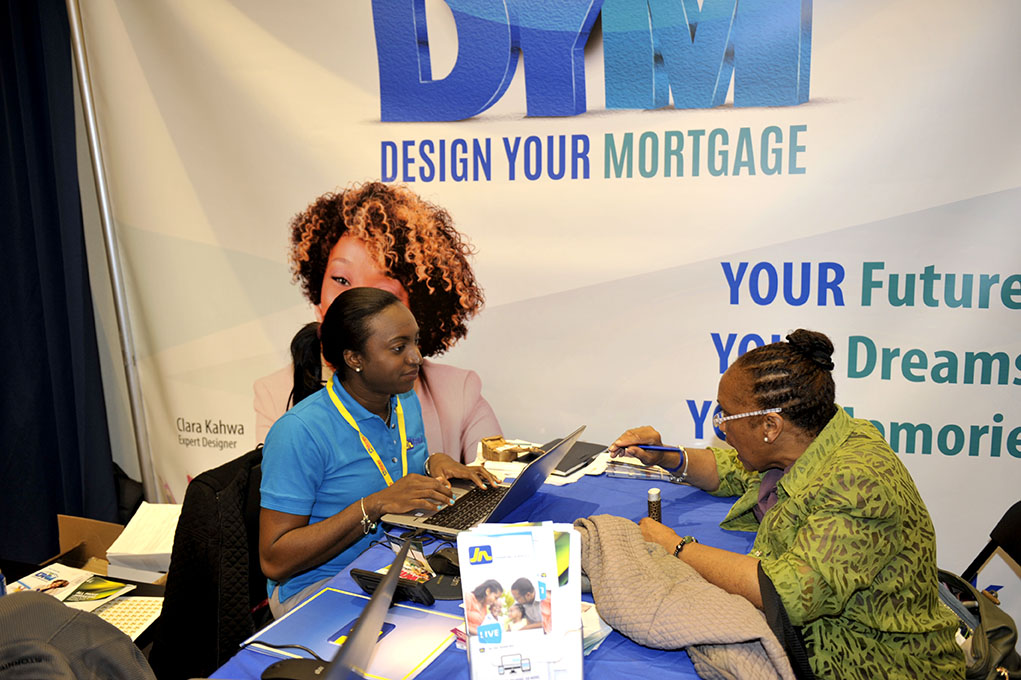 The Canadian provinces of Ontario and Quebec, were “ripe for picking,” as thousands of patrons welcomed the variety of real estate and mortgage options offered by Jamaican housing developers, real estate agents and financiers- JN Bank and Jamaica Mortgage Bank.

“It was a fantastic Expo. I received many queries and leads for property investment,” said Mitchelle Chin, real estate agent, who was promoting The Gates of Edgehill Development in St. Mary.

Miss Chin was among the 40 exhibitors who participated in The Jamaica National Group Expo, which was held in Toronto, Ontario and Montreal, Quebec in Canada, recently. She is planning already to participate in next year’s Expo.

“It was my first Expo in Canada and it was uplifting. We received many leads. It was a great event and I’m certainly looking forward to returning next year,” she said.

For Moorland Development Company Limited, the JN Group Expo created “support systems,” between developers and realtors, as they collaborated to satisfy the interest generated by customers in the Canadian market.

“We owe JN a world of gratitude for this Expo,” said Everol Orr, project liaison and planning officer at Moorland Development. “Our competitors called us to find out if we had lands or houses available, and we are doing the same thing. That is what the Expo accomplished. It eliminated rivalry and fierce competition to achieve collaboration.”

Earl Samuels, chief development financing officer, The Jamaica National Group, who was representing Earl Jarrett, chief executive officer of the JN Group and Chief Patron of the JN Expo, stated that by engaging with JN members in Toronto and Montreal, the participating corporate entities discovered new opportunities to grow their operations.

“At the same time, it is our hope that these companies will overcome the challenges in the Canadian marketplace, and strengthen their efforts to increase connections in the Jamaican-Canadian community,” he said.

It is estimated that there are some 340,000 Jamaicans living in Canada, with the majority located in Toronto.

JN Bank also introduced patrons to its current mortgage financing offers. Under the Design Your Mortgage Campaign, JN Bank expanded the means by which persons can acquire a mortgage to purchase a home, with the introduction of a range of financing options.

Saniah Spencer, chief marketing and product development officer at JN Bank, said the patrons attending the Expo were receptive to the campaign.

“We have a range of mortgage options, designed to meet the unique and specific needs of our customers and members,” she explained. “These options are not only intended for persons living in Jamaica, but are also suitable for Jamaican overseas who want to own a home in Jamaica.”

The JN Group Expo was mounted by the Lynx Canada Foundation, in association with the JN Representative Office in Canada, and the event was staged under the theme “Connect, Learn, Grow.”