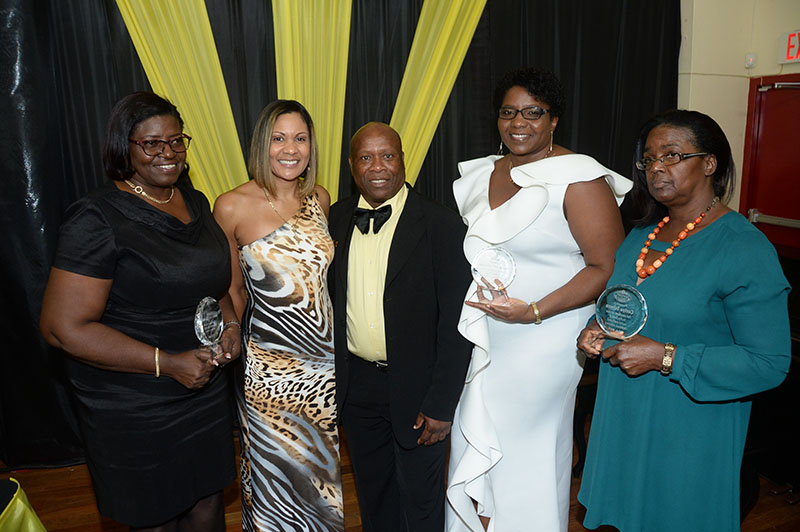 She was addressing honourees of the second Women’s of Excellence awards by the New York-based Diaspora philanthropists, the Lions Sports Club Foundation recently. The award honours women who have contributed to development in America and the Caribbean. This year’s staging was held at the Sts Peter and Paul Church Hall in Liguanea, St Andrew.

“As women, as Black people, Caribbean and American people, we must recognise that true power comes through excellence, because excellence is driven by the will to see everyone succeed,” the banker underscored.

“It is through the attitudes of fearlessness and selflessness that excellence produces, that we are able to empower ourselves and those around us, creating an unstoppable and inescapable web of success!” she declared.

Miss Kow underlined the fact that persons who strive for excellence bring others along with them; therefore, unearthing the potential of collective people.

Highlighting the contributions which various women of Caribbean decent made to the development of America and the region, Miss Kow added that excellence forces history to recognise one’s contributions, no matter how they are generally viewed by others in society.

“No matter how we suppress, treat unequal, or scorn, an attitude of excellence cannot be subdued, nor can it go unrecognised continuously. It will always, in the final analysis, emerge above all else. It cannot be hidden,” she maintained.

“In other words, to be excellent is to be truly free,” she explained.  “Free, because your soul is not burdened by the fact that you’re a woman; that you are Black, or that you are poor. You rise above it all to serve others, to make your world a better place, not merely for you and those connected to you, but for everyone, who can be like you and even better.”

She urged the four Jamaican honourees: Lorna Brown-Bell, executive director of Special Olympics Jamaica; Elaine Walker Brown, the chairperson of the Jamaica Football Federation; along with Jacqueline Ramsay, registered nurse, and Curlyn Silvera, founder of the Manchester-based charity, Fish and Loaves Ministry, to maintain excellence as their “brand, badge and attitude,” and continue to generate success for Jamaicans.

“Continue to see yourselves and your talents as the thread, which weaves lives together, so that others can achieve that common purpose called success, and we will all win,” Miss Kow concluded.

Mrs Brown Bell, who is also the widow of the late, popular footballer and coach, Winthorpe “Jackie” Bell, was praised for her years of contribution to the physically challenged and those with special needs, through Special Olympics Jamaica, as well as, her contribution to the development of local football, through the continued staging of the annual Jackie Bell championship titles.

At the same time, Elaine Walker-Brown, whose ascension to the top of women’s football in Jamaica began with her entry into the national life of the sport in the early 90s, was celebrated for her pivotal role in the success of the Reggae Girlz Women’s World Cup qualification.