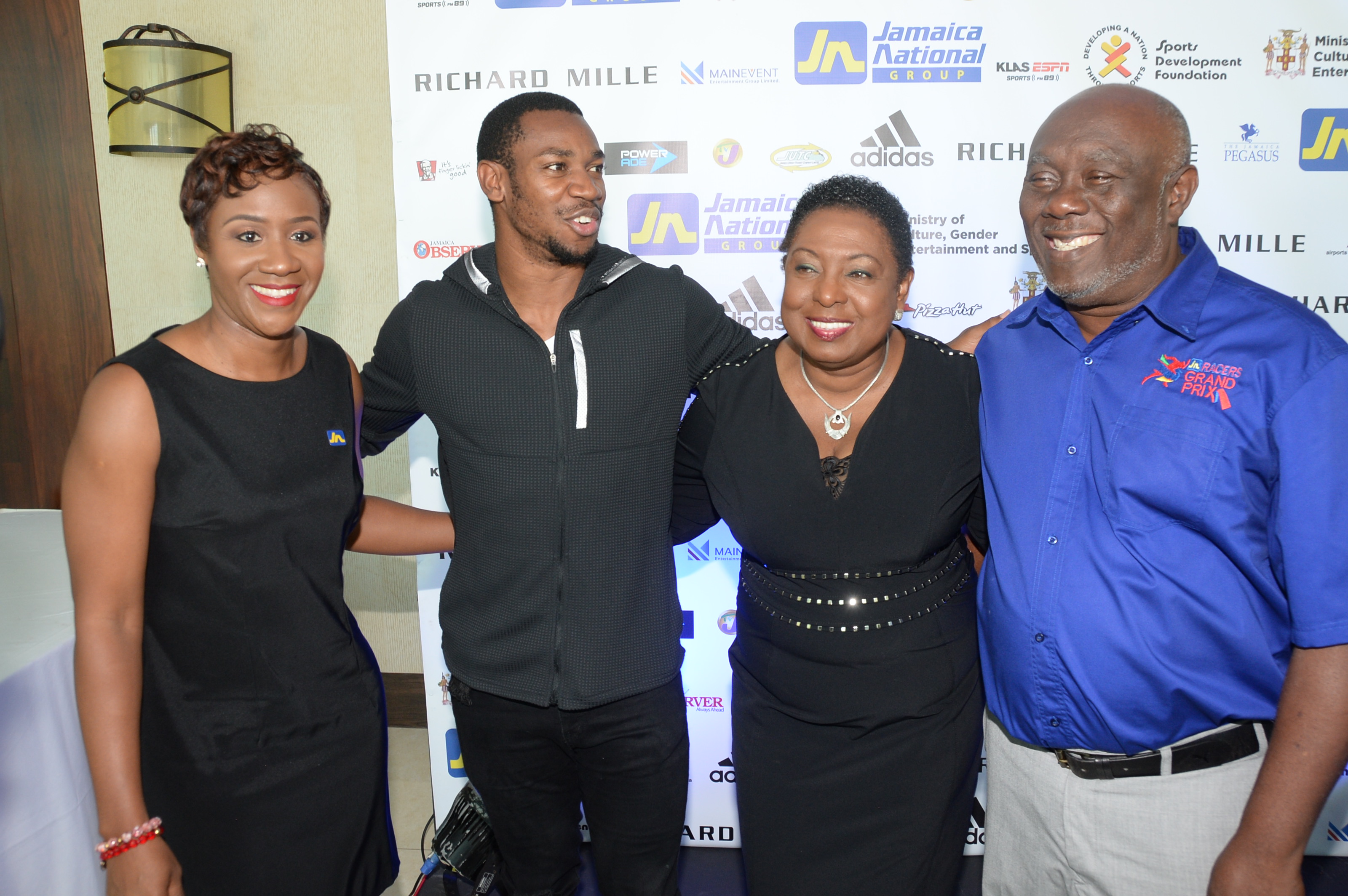 The Government of Jamaica is set to begin work on the Stadium East track at the National Stadium, as it commences its three to five-year development plan for the National and Trelawny Multi-purpose stadia.

Speaking recently at the launch of the JN Racers Grand Prix set for June 9, Minister of Culture, Gender, Entertainment and Sport, the Hon. Olivia Grange, said the development is part of the Administration’s thrust to develop the country’s sport facilities, to attract more income from training programmes and hosting tournaments. However, she did not disclose a timeline for the construction.

“It is an ambition of this Administration to make Jamaica a venue for International Sports — for competitions and to host meetings of international sport federations,” she said, noting that, “We believe there are significant social and economic benefits to be gained from establishing Jamaica as the place of choice to play, watch and discuss sports.”

Minsiter Grange says much has been gained through diplomacy, revealing that the Jamaica has been vigorously pitching to host various tournaments and training sessions, in discussions with international sports ministers and ambassadors.

“Last year, through these efforts, Jamaica hosted the Council Meeting of the Badminton World Federation.  We also hosted the Jamaica Classic, a basketball championship, featuring college teams from the USA. And, I am happy to announce that the Jamaica Classic will return to Montego Bay this year, bigger and better,” Minister Grange revealed, noting that the number of teams competing have doubled from eight to 16.

As part of the hosting strategy, Minister Grange also disclosed that former chairman of the Jamaica Olympic Association (JOA), Mike Fennell, was appointed to lead an International Bidding Committee, to identify and recommend events, which Jamaica will negotiate to host.

Minister Grange said that, sports tourism also remains an important part of the government’s development strategy for sport. She maintains that there is much that the tourism sector can earn from hosting sport events, such as the JN Racers Grand Prix.

“While we’re looking to introduce new events, we also believe we have a responsibility to support and strengthen events that are already in existence, such as the JN Racers Grand Prix.  And that is why, we have given financial support to this meet over the past two years,” the Minister revealed.

The Sport Minister also reiterated government’s commitment to the welfare of athletes, noting that the Administration will expand the programme, which facilitates housing and stipend for athletes, among other forms of assistance. She said her ministry has also implemented the Jamaica Athletes’ Insurance Plan, in keeping with the National Sport Policy, and has made special provisions for assistance in regard to sport injuries.

“World class facilities, coaching and competition are central to the achievement of sporting excellence — and they are also central to the development of our economic thrust,” she maintained.

“The phenomenal success of JN Racers Grand Prix, in its three-year life span, is an indication of the deep talent that we have not only on the track, but for organising world-class events,” Miss Edwards underscored.

She said, “This is a demonstration of how much is to be gained from our continued investment,  in supporting, shaping and honing track and field events; and, the Jamaica National Group is prepared to assist in these efforts, through our continued support of well-organised events, such as the JN Racers Grand Prix.”